The daily business in a laboratory is characterized by regulated process flows, high levels of automation and enormous amounts of data. Every disturbance is like poison in the veins of the analytics operation. For this reason, the IT division of the laboratory diagnostics manufacturer EUROIMMUN relies on the antidote JobRouter® when implementing new devices in the laboratories of customers. The workflow management system aids the specialists in coordinating the implementation of projects quickly and audit-proof. A formula highly valued by the customers as well.

"If a test has a positive result, this is usually not a good thing for the patient", says Henrik Heller, head of the IT Customer Projects & Consulting and Software Quality Assurance departments at EUROIMMUN. In vitro diagnostics play a key role in the choice of the right therapy by attending physicians all over the world. This also applies to autoimmune diseases such as rheumatism or infectious diseases, for which enzyme immunoassays are used for diagnosis.

Three goals were significant during the switch to JobRouter® for project management:

One of the world's largest and most comprehensive arsenals of those tests is provided by EUROIMMUN, the company that invented the BIOCHIP. But the company never rests on its laurels. Quite the contrary. They regularly launch new test systems for medical diagnostics.

For example, EUROIMMUN was the first company worldwide to release specific tests for the serological diagnostics of Zika virus infections. These tests have been developed by scientists of EUROIMMUN and evaluated in cooperation with the WHO Collaboration Center for Arboviruses and Hemorrhagic Fever Viruses (WHOCC). They are used in related studies in Brazil and make a significant contribution to the reliable diagnosis of Zika virus infections.

Analysis of the IT receptors

In addition to providing reagents for analysis, EUROIMMUN also supports laboratory operators with the infrastructure (devices and software) to automate laboratory processes. Among them, systems for computer-aided microscoping and intelligent pipetting. But laboratories have to work economically and efficiently as well and the degree of automation in diagnostics laboratories increases continuously. "IT landscapes in laboratories can be quite challenging. There are many platforms that have to communicate with each other," emphasizes computer-scientist Heller about the requirements. The company’s middleware EUROLabOffice® works like an interpreter and connects on-site devices with the laboratory information system of the customer. The application helps to save paper, time and documentation effort and achieves a higher throughput at the same levels of security and quality.

Every new project starts with a detailed workflow documentation process in the customer laboratory. Since April 2014, the data from the log flows directly into the JobRouter® digital process automation platform which provides transparency and an overview for project management. It is not the first process implemented by the IT division. In the previous year, their support process was switched to JobRouter® and optimized with a ticket system.

What the EUROIMMUN software provides in the customer's laboratory, the JobRouter® digital process automation platform provides in the internal IT division - order, transparency, and compliance with standards. The graphical user interface and far-reaching configuration possibilities let the users avoid programming tasks.

After one week, the draft was finished. After the second week, the forms for every step were designed and rules for the workflow were defined. A few days later, the first customer project was entered. 230 customer projects later, the computer scientists work with the fifth version of the process. As an iterative process, the process steps simply continue to be adjusted, optimized and updated.

"It is quite valuable if our technicians always have the right information on hand when they are with customers." explains head of department Heller. "The customers notice if a project is handled in a highly regulated manner." Thanks to standardized processes and a strict prioritizing, it works like this: The first results of the first visit at the customer laboratory are logged in detail. In the following analysis, the work steps, the installation of new analysis devices, the software interfaces and possible customer specific individualizations are defined. The aim is to help the laboratory to reach a higher level of automation and more efficiency. The rules and forms in the JobRouter digital process automation platform ensure that nothing is lost. Depending on the scope of the project, escalation stages, for example for feasibility studies, approvals, project assignments and milestones, are defined.

Complete control from the diagnosis to the invoicing

Now, the device sales department has all data needed to prepare an offer that can be sent to the customer directly or through one of their international distributors. After the offer is accepted, a project manager is appointed who travels to the customer to install and configure on-site. Numerous logs accompany this process. They are attached to the respective process step in JobRouter® and later archived. Simultaneously recorded version data simplifies back-tracing. After the project is concluded, the device sales department receives the necessary information needed for billing. "Our expectations are basically met, not only concerning reports", states Heller. "That I am informed about the status of my projects at the push of a button has considerably simplified my daily work." 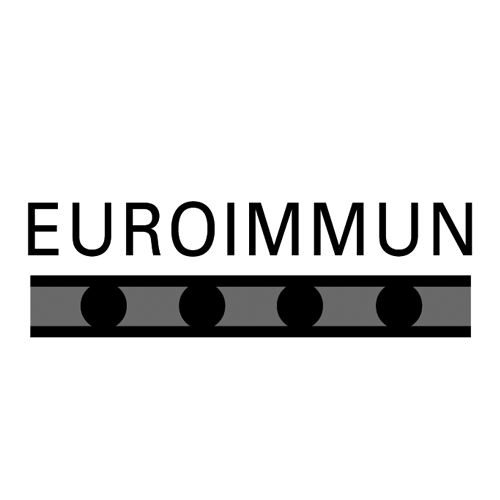 EUROIMMUN produces reagents for medical laboratory diagnostics to detect autoimmune diseases, infections, and allergies; for analyte analyses; and for molecular biological diagnostics. The company is one of the market leaders worldwide in this sector, based on its modern, partly worldwide patented production processes and micro analysis techniques. EUROIMMUN was founded as a private company in 1987 and was transformed into a publicly held company in 2002. EUROIMMUN headquarters are located in Lübeck, Germany. The laboratory diagnostics specialist employs more than 2000 employees in 14 countries. In the 2014, the company was ranked the third most innovative small and medium sized company in Germany by the business publication, EconomicWeek. In March 2015, EUROIMMUN was voted one of the top 10 most women-friendly companies in Germany.

Get inspired by our customer success!

Dive into the world of endless application scenarios together with our satisfied JobRouter® customers and find your next step in digital!